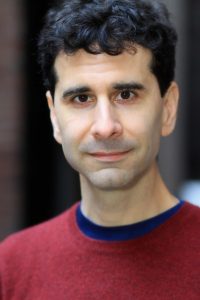 AND CAST MEMBERS OF THE BAND’S VISIT SET FOR

An evening of scenes from plays by John Cariani

The evening will take place on Monday, October 1st at 7:30pm at the Romulus Linney Courtyard Theatre at the Pershing Square Signature Center, 480 West 42nd Street.

“I’m overjoyed to be reunited with the cast of The Band’s Visit, even for just one night,” says Tony Shalhoub. “And I can’t think of a better reason than to celebrate the work of John Cariani. Not unlike The Band’s Visit, John’s plays speak both to the present moment and the greater human condition—and they give voice to some people who are overlooked and aren’t very well represented in contemporary American art and culture…oh, and they’re also really funny.”

The Band Visits Cariani will feature scenes from four of Cariani’s plays, including the widely produced Almost, Maine, which explores love and loss among working class people in rural northern Maine. Almost, Maine has become one of the most popular plays in the United States with nearly 4000 productions to date. It recently unseated Shakespeare’s A Midsummer Night’s Dream as the most frequently produced play in North American high schools. Scenes from three of Cariani’s other plays—LOVE/SICK, Last Gas and cul-de-sac—will also be featured.

For additional information and to make a donation to the Wintergreen Arts Center directly, click here.

For more information about The Band’s Visit on Broadway, visit: TheBandsVisitMusical.com

JOHN CARIANI is a Tony Award-nominated actor and an accomplished playwright. He made his Broadway debut in the 2004 revival of Fiddler on the Roof and received an Outer Critics Circle Award and a Tony Award nomination for his portrayal of Motel the Tailor. He originated the role of Nigel Bottom in the current Broadway hit, Something Rotten! and received an Outer Critics Circle Award nomination for his performance. He is currently appearing as Itzik in The Band’s Visit, winner of the 2018 Tony Award for Best Musical. Most people know John from his roles on NBC’s long-running drama, “Law & Order,” on which he played Forensics Tech Beck for five seasons. He also had recurring roles on CBS’ “Numbers” and on IFC’s “The Onion News Network.” As a playwright, he is best known for his first play, Almost, Maine, which premiered at Portland Stage Company in 2004 and became the most successful play in the company’s history. Almost, Maine opened Off-Broadway in 2006 and has since become one of the most popular plays in the United States with nearly 4000 productions to date. It is currently the most frequently produced play in North American high schools topping perennial favorites A Midsummer Night’s Dream, You Can’t Take It with You, and Our Town. It has also received over twenty international productions and has been translated into over a dozen languages. His other plays include Last Gas and LOVE/SICK both of which are newly published by Dramatists Play Service and have had several professional productions across the country and around the world. His newest play, cul-de-sac, is currently in development.

POMME KOCH is an actor, currently appearing in The Band’s Visit on Broadway. In New York he has performed in productions and workshops for The Public Theater, Lincoln Center Educational, and The National Alliance for Musical Theatre. He has worked regionally with A.C.T., Theatre Calgary, The O’Neill Center, Marin Theatre Company, Theater J, San Francisco Playhouse, Round House Theatre, The Shakespeare Theatre Company, The Baltimore Symphony Orchestra, Folger Theatre, and Studio Theatre. TV credits include “Blue Bloods” and “House of Cards”. www.pommekoch.com @pommekoch